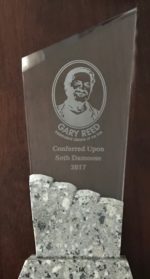 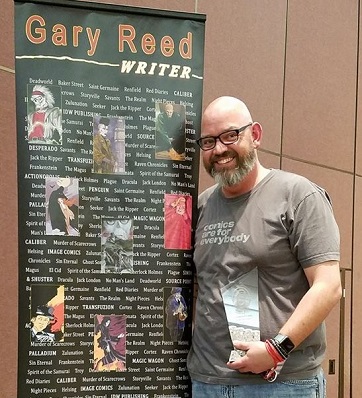 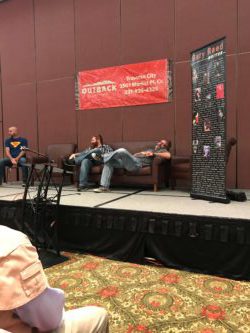 I chose Seth because he models those behaviors. Because Gary gave him a chance, like he did so many others (myself included). Gary chose Seth as his artist for Savants. A series that he held very dear. I had talked to Seth about this in detail at Grand Rapids Con‐ not too long after Gary’s death. He explained to me that when they first began the project, Gary had something like 50 pages of writing and only 25 was actual script. The rest was very specific art direction. He had told me that he was nearly ready to quit because Gary wouldn’t let him have artistic freedom. 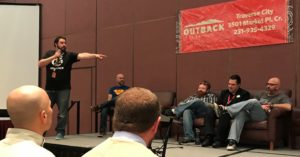 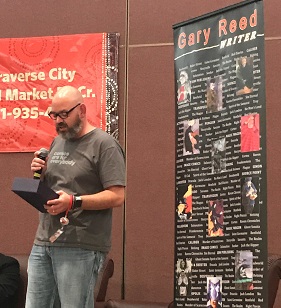 Apparently it took quite a bit of prying from Seth’s side to get Gary to loosen the reins so he could have some say on layouts and design. The more Seth pushed back, the more Gary relented, albeit slowly, but as time went on Gary grew more fond of Seth’s illustrations and eventually let him have full control. I recall as Seth lamented this, he was teary. Gary really grew on him and gave him the confidence and strength to put out a comic that was powerful both visually and in story. The two became an incredible team. Now that Gary is gone, I inquired about what would happen to Savants… Seth told me that he was going to carry the torch and see it through to the end, not only drawing it but writing the scripts as well.

That’s how much that story meant to him. I think Gary would be really proud of the things he has done with Savants, and will do. The fact that he is stepping up to the plate as a writer speaks volumes. Seth has never written a script (that I am aware of) and I believe that this will be his chance to shine. I also believe that had he not worked with Gary, he might not be at this pivotal point in his career. He is deserving of this reward because he did exactly what Gary would do if he were in his shoes: he keeps pushing on, even though it has been hard as hell, he keeps going and seeking ways to improve. Please consider his nomination. 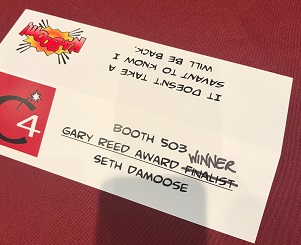